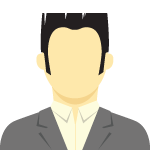 When I started my business a few years ago, money was tight. There was no way to pay an IT specialist a decent salary and provide benefits. That's when a friend suggested I outsource my IT needs to a service. What I found is that for a set monthly fee, I could have all the basic support needed. That meant monitoring my servers, troubleshooting when a work station was not working properly, and in general keeping my network running. Thanks to the support of my outsource partner, I was able to attract clients and take care of them. If you are about to launch a new business and wonder how to deal with the technical side, let's talk about outsourcing computer services. I'm betting this solution will work for you too.

Slow Performance? It's Not Always A Virus

Malware, spyware and other categories often called viruses are well-known to average computer users as dangers that can slow down systems and steal information. They're easy to catch without proper computer use knowledge—although unseen to those who don't know what to look for— and inevitable as a part of a computer user's life. That said, viruses aren't the only cause of slow performance. Take a look at what a virus does and how other causes may have similar symptoms to the untrained eye.

The Nuisance Side Of Viruses

Viruses (or virii, as the Information Technology industry accepts both forms) have several different categories, and many other nuisance programs are lumped into the term, but for the sake of simplicity, a virus is any program designed to cause harm to a computer.

There are many reasons for making viruses, and these viruses can destroy files, duplicate to the point of slowing down the system, or carry out many other sophisticated forms of damage. They may also be written to steal information, but it's important to note that if a stealthy virus slows down your computer, it's not on purpose; the programmer simply made mistakes, and those mistakes are costing resources on your system.

Viruses designed for the sole intent of annoying computer users are usually created to test a theory, practice malicious programming, or simply to satisfy a programmer's ego. They can be found on illegitimate downloads to punish thieves, or complete pranks that use misspelled websites or wait for innocent clicks on a legitimate-looking banner.

Anti-virus programs are used to disable the virus's activities and delete the files. Some viruses can transform files that your computer needs by adding code to do damage your computer while still carrying out its required tasks, which knowingly tricks anti-virus programs into removing needed files. The game of cat and mouse has evolved far beyond falling for such tricks, but it's best to leave such scans and removals to a computer repair profession.

Especially since you wouldn't want to go deleting files when it isn't a virus at all.

There are times when a legitimate program can cause slow performance and other symptoms that may seem like a virus. Incorrect programming methods can steal more resources than needed, or your computer may not be equipped for a new program with new features.

The programming profession requires a powerful imagination, but there are rules that need to be followed in order for a program to be written for consumer and business computers. If these rules aren't followed, a line of code that asks for a certain resource may appear repeatedly until the program crashes, the computer itself crashes, or the system slows down as your operating system struggles to contain the problem.

If you've recently installed a new software package, your computer may not be ready for it. Especially on computers that were built nearly a decade prior to the program being written, there may be new, standard requirements that the average software designer expects most computer owners to have or upgrade to.

Contact a computer repair professional, such as C-Byte Computer Solutions, to figure out if your need a virus scan, an upgrade or simply a better program.